Well gang, this is it! The last post of 2010!!! I have to say, thank you to those who take the time to read my little piece of the internet. I hope you find the tutorials helpful, the stories interesting or uplifting, and I appreciate all the friends I've made this year!

The online world can seem so big yet I managed to find some great friends along the way!! :)

A Year of Living Frugally--Update

Time for an update gang!

Well my Adventures in Couponing is 2 months in. I can't really say whether it's totally paid off yet, although I do obviously see the savings at the register. For instance my bill yesterday at Walmart went from 318 to 272 with coupons! Mind you, this was a BIG shop but included hardly no meat...it was the "coupons are expiring shop". :) I now have a plentiful supply of bath and body/cleaning/personal products. Our teeth shall always be clean in our house!!

But that is one of the points from CouponMom, you should NEVER run out of stuff like toothpaste, tissues, toilet paper, etc, if you shop with coupons and when it's on sale. Those are also items to combine savings at drugstores on and save them for easy donations. For example, a .97 Secret deodorant with a .50 coupon means for .47c you can donate that deodorant to your nearest women's shelter for a woman who has quite possibly escaped with only the clothes on her back. Will you save her life? No, not literally, but you could provide her with a little comfort and nicety in a difficult time for her.

Also, please don't forget the military. Military families on bases can use coupons past their expiration date. So NEVER throw out those coupons! You can find info on the Military program here. PLEASE follow the rules and do not waste time sending coupons that are over 6 mos expired. Remember you also don't have to wait til their expired. As you go through your coupons, if you will not EVER use the product, put it in your folder for military ones!

I will say, I have not hardly bought any meat since the first of November! I went then and purchased boneless, skinless chicken breasts, ground meat, bacon and lunchmeat from Sam's Club. I also snagged 3 turkeys when they were on sale for Thanksgiving, and 2 Roasts when they were on sale in November. Since then I have only had to buy 2 ground meats (and really only because they were on deep sale, I didn't "need" them.) and 1 bag of chicken leq quarters (which at 6 bucks a bag, makes 5-6 meals in my house, so that's a good price!).

So only time will tell if all this stockpiling is really going to save me money. I suspect that I will not actually SPEND less but I will get FAR more. I have an extra stock pile of non perishables in the garage, and have been able to splurge on some sodas and a few things for the boys that I don't normally because I saved money in the food dept. I'll be reevaluating my spending in January as that will be the 3 mo mark of starting my adventure, and we'll tally it up and see if I REALLY got more for my money :)

The main lesson I've learned is, if you'll REALLY use it, and the coupon makes it cheaper than the store brand...go for it!!

Ten years ago today I lost my mother. I was only 21 years old. She was ill for much of my life, off and on, and to say we had an interesting, not quite healthy relationship is an understatement. She had many issues, we had our ups and downs, and she was a bit of a mess at times....but she was always my mom. I always knew she loved me, cared for me and wanted the best for me.

She died just when my husband and I were finally truly "together" (after years of 'will they, won't they?' drama!) I suspect she knew I was grown, safe and she could safely go without totally screwing me up. It was a rough, rough month the last month before she died. A lot of drama, a lot of disappointment on behalf of the medical establishments and my own family. But I was there for her, and helped took care of her the best a 21 year old college student could.

My only regret is I was not actually at the hospital the day she died. They had called that morning and said she wasn't well, but it was not a dire situation. I went to church as she would have wanted me to, and was 30 miles away when my brother called to say she wasn't doing good. Before I could get home, she had passed. I'll never forget hearing that news. Ever.

Mothers are a tricky substance....we love 'em, we hate 'em, but we need them. I wish I'd had mine a lot longer. I know she'd be happy for me now. Loving husband, beautiful boys, college graduate, I don't think I'd be a disappointment to her. I think she'd be proud.

2000-2001 was a rough year for me. I lost my mother December 23rd, 2000, and my grandmother December 14th 2001 (the SAME exact day I graduated for college. She died 20 minutes after hearing I had graduated...her only grandchild at that point to graduate college.) It was a long, long year and years to come.

My point in all this personal drama is that, if you're lucky enough to still have your mother, hug her, call her, write her, love her. If she's gone...know you're not alone....there are lots of others who miss their moms every single day.

My goal in life is to be the best mother I can be to my own two boys....they say we learn from our parents by the mistakes they made with us....so hopefully, I have learned enough and I do right by my boys.

Mama would want it that way. Miss you mom.

I don't have many pictures of her on computer...here is in her 20's I believe. 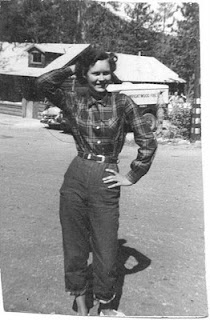 Me, being goofy at my niece's wedding a year ago. I do see the similarities :) 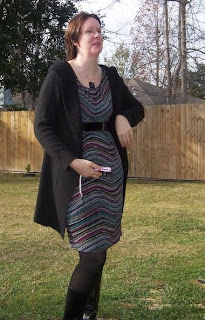 Hey gang! This one is UBER easy.

Know those nifty socks you see for sale for kids that have the little non skid things so your toddler doesn't slip and bust his teeth as he's careening through the house? Well they're cute but something you CAN make yourself. 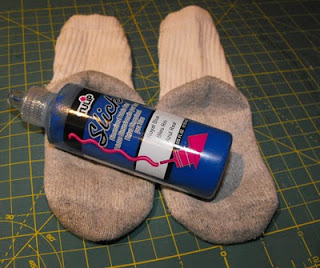 HOW TO:
Lay your socks so the bottom of the sock is flat on your work surface so you can easily draw with your puffy paint. (excuse my dirty socks, I just used existing socks!)


Then just dot and draw whatever you want on the bottom of your socks! 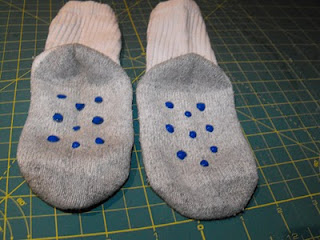 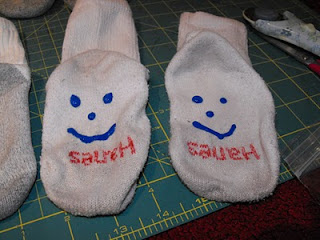 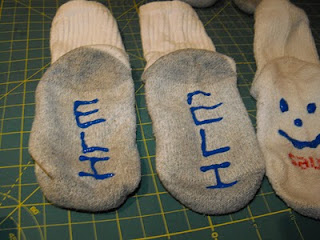 Then let your child loose on a tile floor and let them run like crazy....with less slip ups!

Thank you nolaParent.com for including Mama's Little Monkeys in your gift list :)

This is too awesome not to repost from Miss Malaprop's site!

Okay, this is just awesome. Thanks to Humid Beings, I just found out about the Razzamataz Sock Monkey project that has been going on since 1999. Amazingly enough, I am actually still free on the dates they’ll be making sock monkeys this year, and the place where they’ll be doing it is really close to where I live. Who wants to join me?

Basically a bunch of people get together, spend the day making sock monkeys, and then they get delivered to disadvantaged kids in the New Orleans area. Awesome, right? They will be hosting a sock monkey building weekend workshop that is FREE and open to the public at Razzamataz Production Studios, 4820 Banks Street (Mid-City) in New Orleans (big red warehouse with a long driveway). The workshops will take place on Saturday, December 18th and Sunday, December 19th, from 10am – 6pm both days.
Don’t live in New Orleans? You can also make a tax-deductible donation of money or craft supplies, or make a sock monkey (instructions how to make one here) and send it to the Sock Monkey Project. For more info, contact Dr. Razzamataz at 504-301-8201 begin_of_the_skype_highlighting              504-301-8201      end_of_the_skype_highlighting, visit www.razzamatazproductions.com, or email ryan (at) razzamatazproductions.com

Thanks Mallory for sharing!!! :) I hope to make it tot he Sunday one! I actually have a stash of red heel monkeys that need making!
Posted by Amy at 1:25 PM 1 comment: 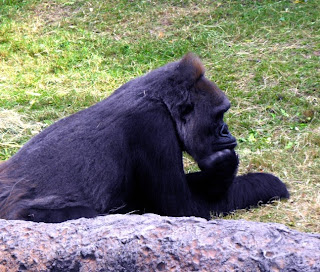