I remembered how much I loved my flannelboard stories when I was a teacher, so I covered a box in felt and stuck the hook side of Velcro tabs on the back of the angry birds. (I used Contact paper to cover them, instead of busting out the laminating machine.)

So Eli has had a ball playing with these. But I didn't expect him to take them to his room where the United States map was and start playing with it that way. We moved the characters all around the country, having them travel from state to state. Luke Skywalker hung out with Princess Leia for a bit in Texas, they all had to escape from Darth Pig in North Carolina.

I didn't set out to do a lesson on the US States, but we ended up on one! 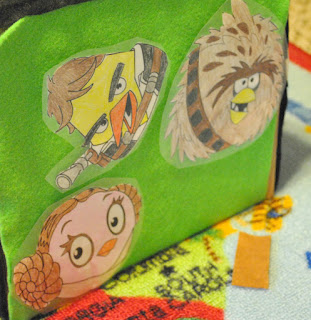 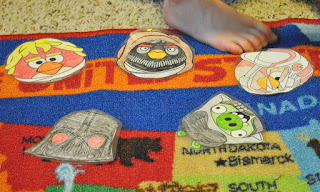 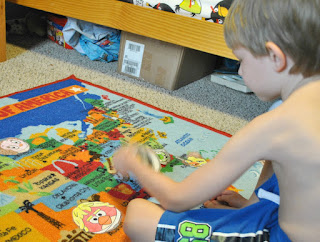 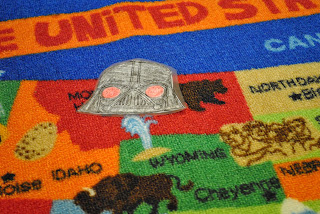 To make your own, google any coloring pages of what you want, color, and then cover with contact paper. Stick a 'hook' side of a velcro tab on the back and they will stick to felt and other items (like a rug!) :)